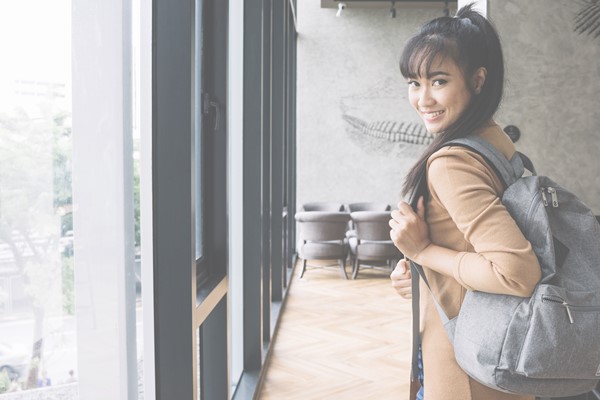 Change can be a challenge for parents too, especially when your own child is involved. Change is inevitable. Some of the change milestones parents and kids must deal with include: the end of mat leave, separation at the start of kindergarten and a teenager leaving for university.

As a school principal I often told parents of new kindergarten students not to worry because the crying children they were leaving with us would be fine five minutes after they left. This separation anxiety, and letting go, was often harder for the parents than the kids. Parents would often pretend they were leaving and then find a spot behind a car or a bush where they could watch to see if their child was okay. Some stayed until the class had actually gone into the building just to reassure themselves the child would be fine.

Even knowing all this and having experienced many changes in my work in schools and with my own children, it is still emotionally challenging for me now that my youngest son will soon be leaving for university. Over the last ten years or so I have adopted the CPS philosophy that “kids do well if they can” and tried to act accordingly at school and at home. I tried to always stay calm when interacting with my son and considered thoughtfully when to use CPS plans A,B or C. We did many formal Plan B conversations and I looked for many opportunities for us to solve problems collaboratively. It wasn’t always perfect and solutions were not always successful the first time. I can see the growth in my son’s cognitive skills. Still he is only eighteen and all these skills are still developing. It is my hope and expectation that all the CPS oriented discussions we have had will have strengthened his skills in the following areas: organizational (executive) skills, his ability to handle frustration, his cognitive flexibility and his ability to problem solve. At the university he will need to be more independent and he’ll need to solve problems on his own, although we will always be a phone call away if he needs us.

To some extent I feel the same concern as that kindergarten parent. I also realize that although there will be “bumps in the road” he’ll be ok. My passionate belief that the CPS work we have done together has given him the skills he’ll need has given me the confidence that he’ll be able to handle the problems the university, and life, may send his way.

Parents should consider learning more about Collaborative Problem Solving and adopting the philosophy. By using the CPS approach to deal with challenging behaviour parents will strengthen their relationship with the child and build the cognitive skills to more effectively handle future challenges, and changes.