Problems Getting into Class 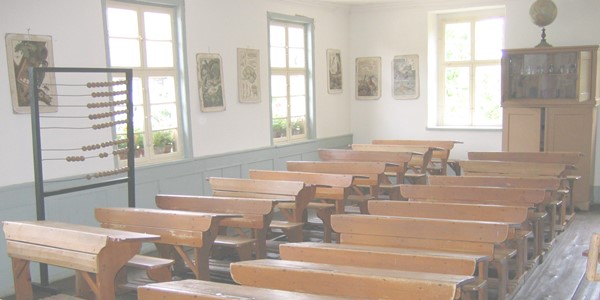 While working as a supply principal recently I was able to use CPS to help a grade 2 boy before the start of the school day. This took place in a small K-5 school. The child lives with his mother who is working hard to support him and his younger sister. The child, who I’ll call Bobby (not his real name),had recently moved to this school. Although his teacher felt he had adjusted well, he did not feel this way.

After the entry bell rang and students were in their classes I heard some commotion from one of the entrance areas. Bobby’s mother was cajoling, urging, trying to convince and pulling him to try to get him to comply and go into class. He cried out, refused and sat limp on the floor doing everything he could not to go to class.

The teacher needed to get to class so I thought I’d try to help out. I asked Bobby if there was anything I could do to help out, and told him he wasn’t in trouble. When an adult wants to speak to a child they often think they are in trouble so I always tell the child right away that they are not in trouble. Bobby, with his mom, was willing to come to my office to discuss what was bothering him. Here was an opportunity to do a spontaneous Plan B conversation with Bobby. I had no relationship with him but if I was patient and caring, and not focused on the behaviour, we might be able to do some problem solving.

He was reluctant to talk initially, so I continued to be patient, reassure him and ask questions with a positive caring tone. I started off thanking him for speaking to me. I told him I had noticed there was something hard about coming into school today. I was hoping he could help me understand why that was.

I asked about his wake up time, bedtime, breakfast, problems at home, school work and whether someone was bothering him at school. He didn’t have much to say. Eventually he decided to speak. He told us he did not feel welcome at the school. This was contrary to what the adults felt as they thought he had made friends and adjusted well. ( You never know what is actually going on in the child’s head). I tried to confirm his concern before we moved on. I then told him that my goal was to have all the kids start their day in a positive way and be in class learning with their classmates.

Next I invited him to problem solve how we could help him feel more welcomed and get him into class learning with his classmates. He did not offer any ideas initially so I asked if I could suggest a couple. He said yes, so I did. Eventually he suggested an idea as well. We came up with a couple ideas that worked for both of us and we felt were doable. We agreed Bobby would have an opportunity to work in the special education room with a friend if he wanted and he’d get an opportunity to call his mom before the afternoon break. This solution worked for both of us. He said good-bye to mom and went off to class. The conversation took about ten minutes. The rest of the day went well as Bobby was involved in determining the solution. It would have been preferable to have Bobby’s teacher have the conversation but she wasn’t available at that time. Bobby did call his mother in the afternoon although he did not choose to work in the Special Education room.

The conversation was spontaneous, brief and led to a solution that worked better than trying to impose the adult’s will on Bobby. The CPS Plan B conversation is something parents and teachers can do with kids who demonstrate reluctance to get to school in the morning, or for other challenging situations. A Plan B conversation can help reduce challenging behaviour, pursue high priority expectations, build a helping relationship, solve problems durably and teach cognitive skills. If you’d like more information contact Chris Alexiou.